(Treaty One Territory, Manitoba – Press Release – June 22, 2022) – The Assembly of Manitoba Chiefs (AMC) calls on the Federal Government to immediately utilize the funding for several 24/7 safe spaces for women, girls, and gender-diverse people in Winnipeg.

The Assembly of Manitoba Chiefs (AMC) is disappointed that the $724.1-million fund allocated to supporting Indigenous women and girls facing gender-based violence is still sitting, vastly underutilized, while First Nations women are experiencing increased rates of violence. The funds distributed on April 1, 2021, to construct new safe spaces, shelters, or transitional housing have failed to materialize in any meaningful way.

Acting Grand Chief Cornell McLean, Lake Manitoba First Nation states, “It is disheartening to learn that such time-sensitive and important projects are still waiting on desperately needed cooperation between governments. Considering the tragic deaths of several First Nations women this month, it is beyond reprehensible to see such little action and disregard for the lives of Indigenous women, girls, and 2SLGBTQQIA people”.

“The AMC-FNFAO has continuously advocated for a devoted MMIWG unit to carry out this essential work. Still, there has been no commitment for funding despite demonstrating an obvious need for critical infrastructure to support victims of violence. The FNFAO continues to field several requests from First Nations families impacted by the MMIWG2SLBTQIA crisis on a regular basis,” continued Acting Grand Chief McLean.

The budget was allocated to create 38 new shelters and 50 transitional homes across Canada and at this point has only been utilized to fund prevention activities.

Regional Chief Cindy Woodhouse, Assembly of First Nations Manitoba Region concludes, “while prevention activities are an essential component of this work, the remaining $304.1-million needs to immediately go to constructing low-barrier safe spaces before more Indigenous women, girls, and 2SLGBTQQIA whose safety should be a top priority if the Federal Government intends to uphold their the inherent and human rights of First Nations women, girls and 2SLGBTQIA peoples as identified through their Federal Pathway to Address Missing and Murdered Indigenous Women, Girls and 2SLGBTQQIA+ People. Safety is a fundamental human need.”

AMC strongly urges the Federal Government to work directly with First Nations in Manitoba to address this oversight and immediately provide funding to create low-barrier safe spaces for women, girls, and 2SLGBTQQIA people as requested for the past ten years. 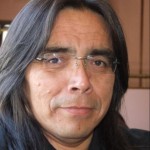 Pope Francis attends a community event near Nakasuk Elementary School in Iqaluit on Friday afternoon. In his speech, the Pope asked forgiveness and referred to the ‘indignation and shame’ he felt about Canada’s residential schools. (Evan Mitsui/CBC)