(The Guardian – May 15, 2022) – Out on the sunny patio at Wahpepah’s Kitchen, sizzling plates of bison and deer make their way down a table filled with Native American educators from across the country. The game meat joins other indigenous dishes on the kitchen’s menu, such as leafy salads topped with striped red corn and blue corn mush sweetened with berries and maple.

Chef Crystal Wahpepah, the owner of Wahpepah’s Kitchen and a member of the Kickapoo tribe, is proud to see the gathering. Food is medicine in the Native American tradition, and her Oakland restaurant is all about bringing together Indigenous producers and ingredients – sustainable meats, fresh berries, heirloom corn and herbs – to help people heal.

“Being a Native American chef is more than being a chef. It’s deeper than that,” says Wahpepah. “It’s about how you connect to the community and health. It’s about how we impact people and what we put in our foods.”

In the seven months since she opened Wahpepah’s Kitchen, one of only a handful of Indigenous restaurants in the nation, Wahpepah has become the toast of the culinary world. She’s speaking at national conferences, preparing for a Food Sovereignty Symposium and Festival in Michigan, and is a finalist for the 2022 Emerging Chef award from the James Beard Foundation.

But for all the buzz, Wahpepah’s overnight success has been a lifetime in the making. Wahpepah, 50, grew up in Oakland’s close-knit Native American community. She’s registered with the Kickapoo tribe of Oklahoma, like her mother and grandfather. When her parents split, her father, who was Black, went back to Louisiana.

She says it was hard being the only mixed-race kid in the family, the only one without a father in her life. But food traditions anchored her to her family and Native American heritage. “I ended up embracing it,” she says.

Today, Wahpepah’s Kitchen is a bustling hub filled with bright colors and artwork that tells the story of the food they serve. A mural by the artist Votan Henriquezan depicts Indigenous food warriors from across the Americas, while columns painted by Diné artist Tony Abeyta are adorned with golden corn – Navajo symbols of fertility and sustenance – set against turquoise and cobalt blue clouds.

Working alongside her three daughters, Rosario, Rikki and Kala Hopper, who are registered Big Valley Pomo, her sous chef Josh Hoyt (Ojibwe) and Ecuadorian head chef Diego Cruz, Wahpepah’s mission is to introduce people to real Indigenous cuisine while making sure her family traditions endure. Take the elderberries and blackberries she loves to cook with, for instance.

“I find berries the most beautiful thing. It’s memories of me growing up and picking blackberries with my grandfather,” she says. “Those are the best times and actually one of the healing times for me. I believe life is a circle in how it all comes back; and if it did it for me it can do it for somebody else.” 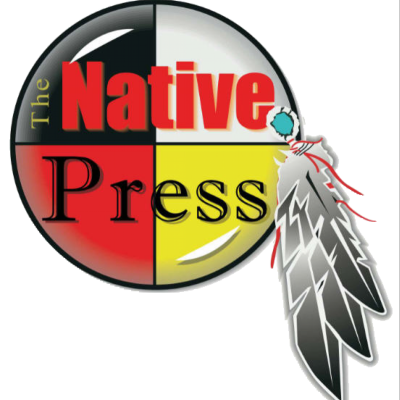 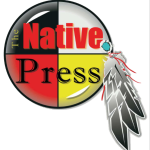 Publisher and Editor-in-Chief of “The Native Press”.

Next post ‘Our ancestors are in the rocks’: Australian gas project threatens ancient carvings – and emissions blowout

“Gummies are an incomplete, inefficient, and sugar-laden way to approach a multivitamin. While I certainly think well-designed gummies can be useful for certain complexes, as well as for singular nutrients or botanicals, for a multi, they’re genuinely lacking.”
– Ashley Jordan Ferira, Ph.D., RDN

Most public universities founded in the 19th century — especially in what is now Canada, the United States and Aotearoa New Zealand, but also in South Africa and Australia — were large-scale landowners.
Public universities received substantial tracts of expropriated Indigenous territory from their governments that could be leased or sold to generate endowment capital.

Breathing isn’t something we’ve ever been taught how to do. Yet, it’s a pretty powerful tool. Breathing keeps us alive and, unlike walking, it comes intuitively with our first gasp outside the womb.

Fossils of early human ancestors from a South African cave are 3.4 million to 3.6 million years old — making them a million years older than previously suspected and shaking up the way researchers understand human origins and evolution.